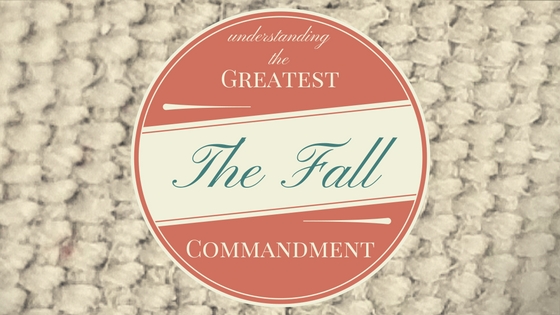 In 1954, as the connection between smoking and lung cancer was becoming more discernible through research, the tobacco companies provided “A Frank Statement” to counterattack the bad publicity they were receiving. Siddhartha Mukherjee, in his book The Emperor of All Maladies, points out that this statement was anything but frank: “By half revealing and half concealing the actual disagreements among scientists, the advertisement performed a complex dance of veils. Obfuscation of facts and the reflection of self-doubt—the proverbial combination of smoke and mirrors—would have sufficed for any ordinary public relations campaign. But the final ploy was unrivaled in its genius” . . . they proposed more research and even offered aid and assistance.[1]

Much like the tobacco companies, Satan, in the Garden of Eden, knew full well the dismal effects of rebelling against God. From the accounts in Scripture we discover that unrighteousness was found in him, he was internally filled with violence, and was banished from God’s presence as profane (Ezekiel 28:15-16). Further, it was a malignant, self-aggrandizing megalomania that motivated him. He proclaimed to his Creator and Master, “I will ascend into heaven, I will raise my throne above the stars of God, I will sit on the mount of assembly, I will ascend above the heights of the clouds, I will make myself like the most High God” (Is 14:13-4; Ez 28:17). Refusing to recognize God as God, he sought out to make himself the supreme ruler and was utterly devastated by his audacious crime. Satan’s love of self and rejection of God is the archetype of all sin.

God created Adam and Eve in His image[2] and placed them in a luscious oasis overflowing with good things to live and to rule. They enjoyed unparalleled freedom here, but it was restricted in one sense—it was under God’s authority. The creature/person paradox recognizes that as a creature man is absolutely dependent, but as a person he does have relative independence to make personal choices—freedom exercised under God’s supreme rule.

This accountability is clearly seen in the tree of the knowledge of good and evil placed in the very center of the garden. Its prominent position had a specific purpose—to fix on the forefront of their minds the absolute sovereignty and supreme authority of God. The tree also gave freedom of choice, for without the opportunity to rebel, they would have been mere automatons. This was not God inciting them to sin, rather He provided them with all the means necessary to obey: their material and immaterial composition, their inner disposition of righteousness, the over-abundance of satisfying things in the garden, and his clear command with a clear discouraging consequence. Grant Horner observes that “for Adam, temptation was singular and exterior: One thing was forbidden; all else was permissible.”[3] Further, he points out that he tree was a good thing: “It was not designed to kill. It was designed to keep the heart of man turned towards a Lord who was a greater Lord than man . . . It was primarily a sign to remind Adam and Eve to reject any idea of independence from God.”[4]

Honesty is essential to God’s character. He does not lie nor does He equivocate—His word is always perspicuous. God’s command to Adam was articulated with the utmost benevolence and care to promote all potential prosperity and protect them from all potential calamity. In the original Hebrew it literally reads, “From any tree of the garden you may ABSOLUTELY eat;  but from the tree of the knowledge of good and evil you shall NEVER eat, for in the day that you eat from it you will ABSOLUTELY die” (Gen 2:16-17). This was difficult to misunderstand—it emphasized the positive; it underscored the negative; it guaranteed punitive measures for violation. Like the first commandment of the Decalogue, it absolutely prohibited man’s worship of anything else above God. Elyse Fitzpatrick proclaims, “How astonishing! By it, God demands our absolute and unequivocal devotion to Him. He desires our entire and unswerving allegiance.”[5] Like the Shema and the greatest commandment, it prescribed a comprehensive love of God with the fullest intensity of all their faculties.

Enter Satan—the self-idolizing, insidious snake, whose hatred for God burns incessantly. Because Adam and Eve were made in God’s image and basking in His benevolence, he hated them. He continued his attack against God indirectly by seeking to destroy His creation. His preemptive attack against mankind was well-planned. Just as he attacked God indirectly through His creation, he attacked Adam indirectly through his wife. He knew the way to the heart of the king was through the queen—the most powerful piece on the chess board. Because God’s command was so clear, Satan knew he must obfuscate it through a labyrinth of smoke and mirrors. He incrementally and systematically corrupted their faculties with lies.

The Corruption of the Intellect

The first part of Satan’s plan was to create a caricature of God. he did this by downplaying His generosity, emphasizing the negativity of the command, and thereby portraying God as a cruel, narcissistic authoritarian. Satan presented Eve with a loaded question meant to cause bewilderment. He asked, “Indeed, has God said, ‘You shall NEVER eat from ANY tree?’” (Gen 3:1). He was making it appear as if God was deliberately depriving her of some good. This diabolical distortion of God and His words led her into a doubtful delusion. She replied, “From the fruit of the trees of the garden we may eat, but from the tree which is in the middle of the garden, God has said, ‘You shall not eat from it or touch it or you will die” (Gen 3:2-3). Backed into a corner she attempted to defend God’s words, but in a sort of shameful way like a child backed into a corner caving to peer pressure. She had, in her misquotation, downplayed God’s goodness, softened the penalty, and overemphasized the negativity of the command by adding to it.

Perceiving that she had so easily succumbed to his ploy , Satan now went in for the kill. With a clear, direct denial of God’s command he declared: “You will ABSOLUTELY not die! For God knows that in the day you eat from it your eyes will be opened and you will be like God knowing good and evil” (Gen 3:4-5). He injected her with the venom of unbelief. Not only was God cruel, but He was a liar. This poisonous defamation led not only to distrust, but to resentment. Satan’s plan was successful—he had implanted a distorted and flawed view of God at the intellectual level.

The Corruption of the Affections

A wrongly informed intellect leads to wrongly guided desires. Being rational creatures, we act in our best interest valuing and pursuing the things we believe are our greatest good. This is why accurate theology is so crucial—a misunderstanding of God will lead us away from Him. We seek for joy in insignificant things when we don’t believe He is good, righteous, holy, loving, and satisfying. Satan dazzled Eve’s eyes and solicited her affections with something trivial—a small part of creation rather than the Creator. The direct denial of God’s words led to deceitful desires.

A she began to look at the fruit with false presuppositions, new desires for that which God had forbidden were awakened and heightened. She then “saw that the tree was good for food, and that it was a delight to the eyes, and that the tree was desirable to make one wise” (Gen 3:6). She became consumed with a love for the world—the lust of the flesh, the lust of the eyes, and the boastful pride of life (1 Jn 2:15-17). Satan had convinced her that the fruit was her greatest good. What made this lie so particularly unconscionable was that it was filled with poignant half-truths: Adam and Eve were already like God, but not in an absolute sense for they were creatures; and God did have knowledge of sin, but not in an absolute, experiential sense that Satan was offering her.

The Corruption of the Will

Satan’s lies  spread to all her faculties: from doubt and disbelief in her mind, to lust and curiosity in her heart, to a volitional and corporeal acts—her eyes lingering, her mouth watering, her feet running, her hands reaching for the forbidden—all because Satan had deceived her. It is unclear whether the added command not to touch was simply a misunderstanding on her part or something Adam added to to protect her. Regardless, this man-made legalism, however well-intentioned, ultimately led her away from the intention of the command—it emphasized the fruit itself rather than her heart—and led to her demise. Consider that the moment Eve touched the fruit and did not die, she was convinced that God was liar and His warning was a charade. It is at this point she, deceived to no end, took a bite.

This is Satan’s modus operandi: he provides distorted information which leads to deceitful desires, which in turn leads to a destructive will. He understands the logical progression from cognition to emotion to volition. Further, he reversed the whole natural order of creation to weave his intricate web of deceit. In the attempt to make the creature worship creation rather than Creator, he had to first get the woman to be ruled by the animals and then the man to be ruled by his wife. It was like a collapsing string of dominoes. He was actually after Adam for he was the federal, seminal head of humanity. Eve was clearly deceived, but Adam, like Satan, committed an act of defiant disobedience.

Being the archetype of sin, Satan’s fall from heaven provides us with an important understanding of hamartiology. All sin is a rejection of God as the supreme and benevolent Ruler. Millard Erickson explains, “Dethronement of God from His rightful place as the Lord of one’s life requires enthroning something else, and this is understood as enthronement of oneself.”[6] All sin boils down to the inherently deceitful desire for emancipation—freedom and autonomy from your loving Father. All sin is a lie promising joy and satisfaction apart from God.

Further, Eve’s progression into sin also provides us with an insightful understanding of ourselves. Every sin takes root in our head first, then moves to our hearts, then our hands. Before we act sinfully, there is a problem with our thinking and our value system—our theology. Our inordinate lusts are deceitful—they are born out of polluted thinking and promise only lies (Eph 4:22). Sin always overpromises and under-delivers: “When lust has conceived, it gives birth to sin; and when sin is accomplished, it brings forth death. Do not be deceived” (James 1:15).

Taking it further, all sin is antithetical to love. Second Corinthians 11:3 says, “But I am afraid that, as the serpent deceived Eve by his craftiness, your minds will be led astray from the simplicity and purity of devotion to Christ.” The greatest commandment—like the first commandment in the Decalogue and the first command in the Garden—requires one thing and one thing only from us—pure, simple, devoted love. Every single time we sin, however seemingly big or small, we are replaying the Genesis 3 narrative and our sin is equally audacious and senseless—audacious because we are seeking to dethrone God; senseless because it never satisfies.

Such were some of you. But you were washed, you were sanctified, you were justified in the name of our Lord Jesus and the Spirit of our God.

for a new generation of non-conformists

The Musings of a Bible Sojourner